A six mine resistance vehicles have been intercepted by Nigerian soldiers at a checkpoint in Adamawa State, stating the military equipment seemed to have been transported into Nigeria without due process. 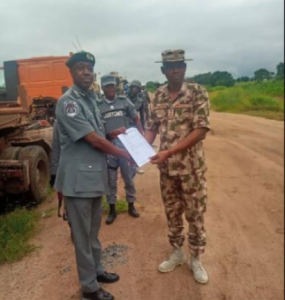 The commander of 23 Armoured Brigade, S.G. Mohammed, has handed over the vehicles to the controller of Customs in charge of Adamawa and Taraba, Olumoh Kamaldeen, at a ceremony in Konkol, Fufore LGA.

It is not immediately clear whether suspects have been arrested, however, it is illegal to import such equipment without an end-user certificate from the Office of the National Security Adviser (ONSA), which is the only federal agency with powers to issue such document. 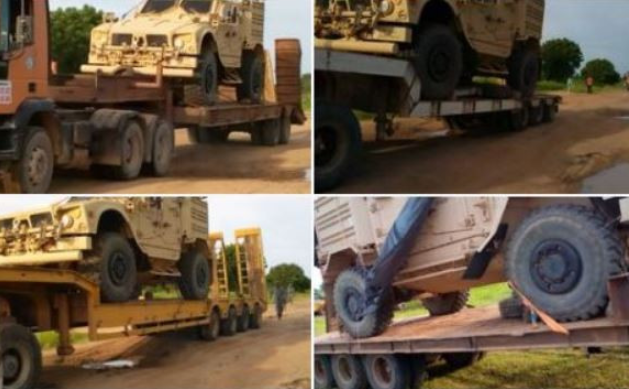