AN arrest warrant has been issued for R Kelly after the disgraced R&B star failed to show up for a court hearing. Kelly, real name is Robert Sylvester Kelly, is currently jailed in Chicago while he awaits trial on sexual abuse charges. He was a no-show at court on Thursday for a case in which […]

AN arrest warrant has been issued for R Kelly after the disgraced R&B star failed to show up for a court hearing.

Kelly, real name is Robert Sylvester Kelly, is currently jailed in Chicago while he awaits trial on sexual abuse charges.

Kelly was charged in Minnesota in August with soliciting the girl after meeting her before a concert in Minneapolis in 2001.

Prosecutor Judith Cole told Judge Jay Quam during Thursday’s hearing that federal authorities in Illinois were “not willing to give us access to him” until his case there is resolved.

The judge then issued a bench warrant as a formality.

Kelly’s attorney Steve Greenberg, who didn’t attend the hearing and isn’t officially registered in the Minnesota case, said they never got notice of it.

A spokesman for the county attorney’s office said the summons was sent to Kelly’s last known address.

Two weeks ago, Kelly made a desperate plea to be let out of his solitary prison cell, even if it means sharing a room with killers and paedophiles.

The singer made a formal request to be removed from solitary confinement and put in the general population.

Kelly’s lawyer Steven Greenberg filed legal documents claiming the solitary area where the singer is confined is designed for punishment and not for inmates pending trial, TMZ reported.

Greenberg argued Kelly has no meaningful interaction with human beings and no time outside in direct sunlight.

He has also claimed that his client has no access to media or recreational activities and is allowed only one 15-minute telephone call per month.

How plague of false widow spiders are crippling Brits – so are YOU at risk?

Dad, 22, charged with murder of 11-month-old son 'thrown off bridge'

Dad unable to walk for 2 months as he & son, 3, ravaged by false widow spiders

Greenberg said Kelly has no face-to-face visitations that are not recorded, is only able to shower three days a week and cannot buy snacks.

Three of his alleged victims were underage minors aged 13 to 16 at the time of the supposed crimes. 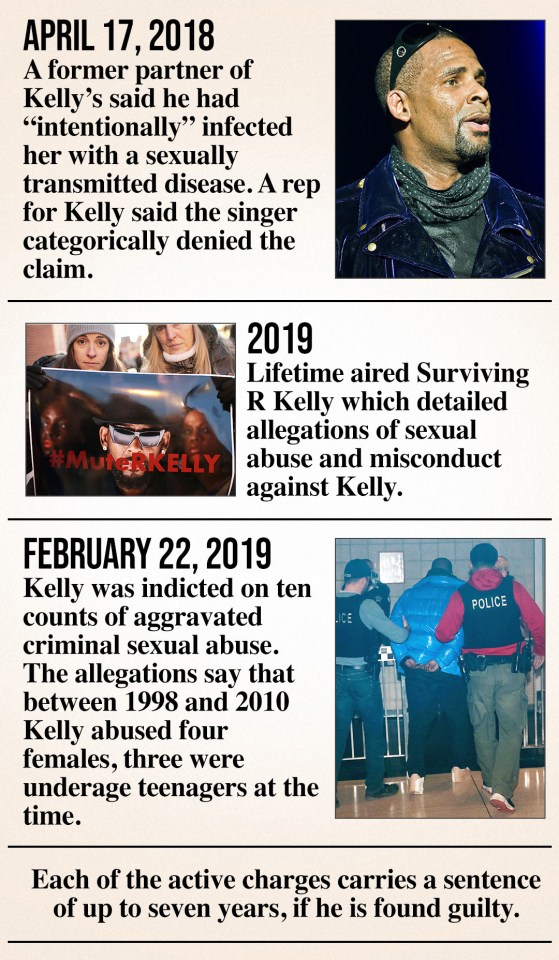 Nigerian cross-dresser, Idris Okuneye, better known as Bobrisky, took to Instagram to gush over her

Speed Darlington Laments On His Return To America (Video)

Popular US-based Nigerian rapper, Speed Darlington has lamented on his return to America this week.

Davido’s second baby mama, Amanda is taken to her Instagram story to explain the disturbing