A FORMER officer in Saddam Hussein’s army has taken over as the leader of ISIS after the death of Abu Bakr al-Baghdadi, it has been reported. Abdullah Qardash – known as the Professor – is already believed to have assumed control of the day-to-day running of the jihadi group. Baghdadi was killed when US forces […]

A FORMER officer in Saddam Hussein’s army has taken over as the leader of ISIS after the death of Abu Bakr al-Baghdadi, it has been reported.

Abdullah Qardash – known as the Professor – is already believed to have assumed control of the day-to-day running of the jihadi group.

Abdullah Qardash, a former officer in Saddam Husein’s military, is reportedly the new leader of ISIS[/caption]

Baghdadi was killed when US forces swooped on his compound in northwestern Syria and he blew up self-up with a suicide vest after being cornered in a tunnel.

Qardash was reportedly appointed as Baghdadi’s successor in August, after the terror chief was wounded in an airstrike and was also suffering from diabetes and high blood pressure.

A regional intelligence official told Newsweek that Qardash would now have taken over as ISIS leader.

“Baghdadi was a figurehead. He was not involved in operations or day-to-day. All Baghdadi did was say yes or no—no planning,” said the official.
Qardash is a former officer in Saddam Hussein’s army who grew close to Baghdadi, 48, when they were both jailed in Basra by US forces for their links to al-Qaeda in 2003.

It was in the Iraqi prison that Baghdadi became a jihadist demagogue converting hundreds of prisoners to his sick vision of a so-called caliphate. 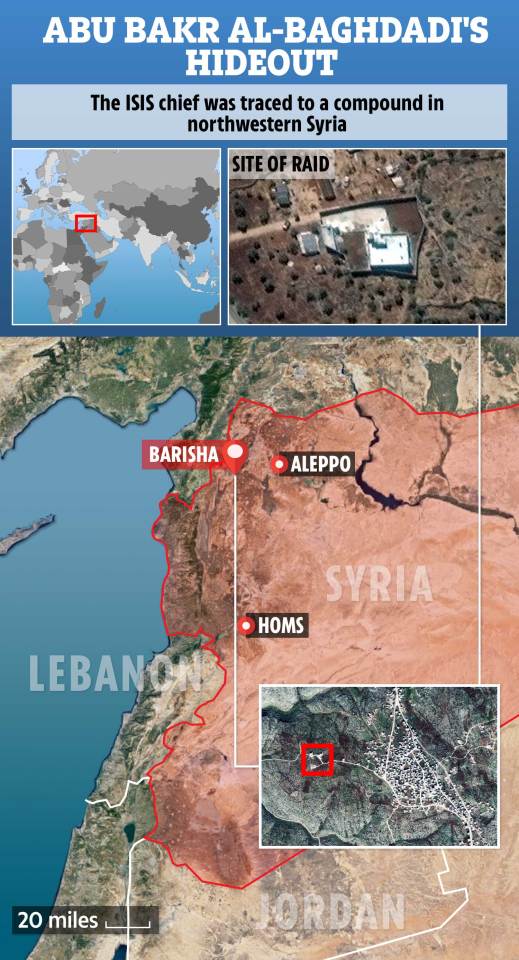 Qardash, whose age is unknown, is believed to have worked alongside him ever since, reports The Times.

The Iraqi worked as the death cult’s top legislator before his promotion to leader in waiting, it has been reported.

His nickname is the Professor and is known as a ruthless policymaker in the group.

Qardash was also a confidante of Abu Alaa al-Afri, Baghdadi’s previous deputy, who was killed in a US helicopter gun raid in 2016.

Since the fall of Baghuz, ISIS’s last urban stronghold in March, the group has been reduced to pockets of resistance across the two countries.

Qardash faces a divided leadership, some of whom may reject his vision and strategy, reports The Times.

With its members scattered in cells across a huge sweep of desert that spans two countries, three main factions have emerged, gathered around Tunisian, Saudi and Iraqi leadership.

'Negligent' doctor suspended as baby born with no eyes, nose or part of skull

Security forces across the region have warned that the remaining cells are strong enough to launch attacks and are ready to step into any power vacuum.

He said: “The attacks will not increase with Qardash’s new leadership but they will be more specific,”

“They have a lot of power over large lands, even though their funds have been reduced.”

The scene of where Baghdadi is believed to have blown himself up, in northwestern Syria[/caption]