PATIENTS have today started being admitted to the emergency 1,000-bed coronavirus hospital which was built in nine days flat. With more than 20,400 cases reported and 427 dead, China has begun moving patients suffering from the killer virus into the rapidly built facility in the outbreak’s epicentre. The first 50 patients were moved into Huoshenshan […]

PATIENTS have today started being admitted to the emergency 1,000-bed coronavirus hospital which was built in nine days flat.

With more than 20,400 cases reported and 427 dead, China has begun moving patients suffering from the killer virus into the rapidly built facility in the outbreak’s epicentre.

The first 50 patients were moved into Huoshenshan Hospital, a prefabricated structure on the outskirts of the city of Wuhan as Chinese authorities desperately battle the highly infectious coronavirus.

Earlier footage appeared to show the 1,000-bed facility equipped with state-of-the-art medical equipment, including negative-pressure isolation wards to prevent the virus from breaking the air seal.

A second hospital, Leishenshan, is due to be ready soon and will add another 1,600 beds.

Elsewhere in Wuhan, authorities are converting a gymnasium, exhibition hall and cultural centre into hospitals with a total of 3,400 beds to treat patients with mild symptoms of the virus.

Television footage of those facilities showed beds placed in tight rows in large rooms without dividers between them.

The World Health Organisation (WHO) has declared the spreading coronavirus a global emergency, although experts say much is still unknown about the pathogen including its how lethal it is.

‘NO END IN SIGHT’

Dr Nancy Messonnier, director of the National Centre for Immunisation and Respiratory Diseases at the US Centres for Disease Control and Prevention, said: “We expect to see more cases of person-to-person spread.”

Meanwhile, speaking before a meeting with German Health Minister Jens Spahn today, UK Health Secretary Matt Hancock said: “We haven’t seen the peak of the coronavirus by a long stretch and we expect more cases in the UK.

“We have a full plan in place to treat all those who have symptoms and test positively for coronavirus and we are working with international partners both to slow the spread and also to do the research that we need to do to find a vaccine.”

But David Heymann, professor of Infectious Disease Epidemiology, London School of Hygiene and Tropical Medicine, said while he was confident a vaccine would be developed “one day”, it would probably not be in time to stem the current outbreak.

In a rare move, the Chinese Communist regime has admitted “shortcomings and deficiencies” in regards to its response to the epidemic.

It has now ordered a “severe” crackdown on illegal wildlife markets after it emerged the deadly virus was probably passed onto humans by wildlife sold as food, especially bats and snakes. 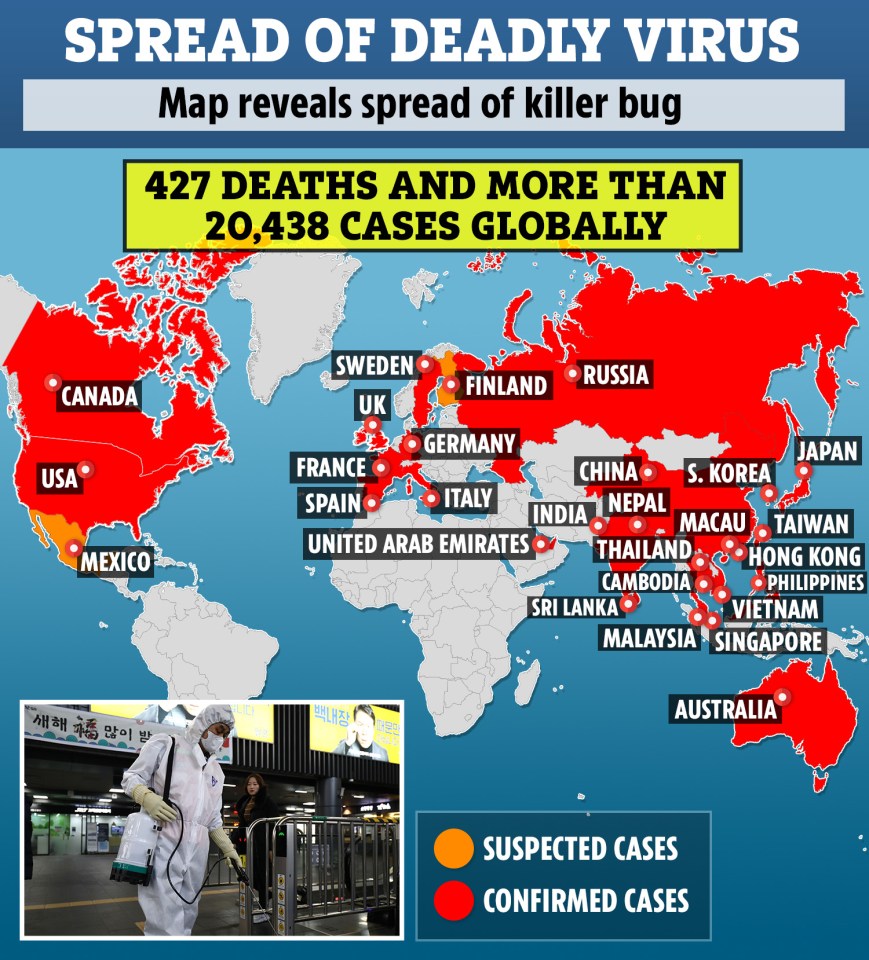 Terrifying 5-foot python found hiding on family's patio but can YOU spot it?

Based on the way the virus is spreading in China, it is believed each infection has led to an average of 2.2 others getting sick.

Governments are preparing for a possible pandemic and taking actions to prevent one.

WHO designates a pandemic when there are outbreaks on at least two continents.

So far, it has called this a public health emergency of international concern. 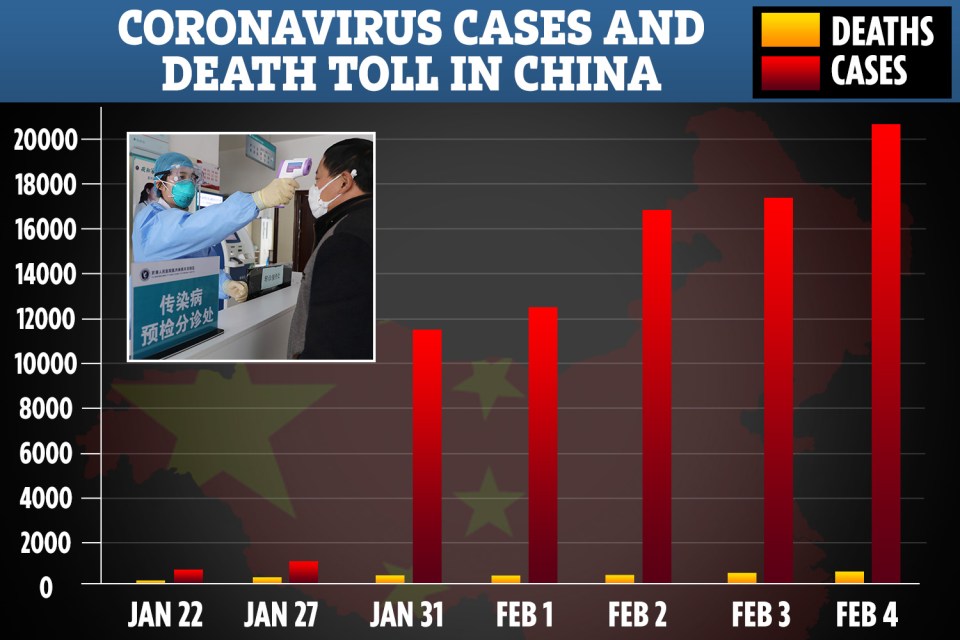 Huoshenshan hospital has an area of 269,000 square feet[/caption]

The hospital will be able to treat patients from Monday, Chinese state media said[/caption]

Like the hospital in Beijing, the Wuhan centre is made out of prefabricated buildings[/caption]

Coronavirus: I Can No Longer Breathe Well – Mimi Orjiekwe