A BRITISH dad was left fighting for his life after contracting Legionnaires’ disease at the same hotel where two other guests died from the same bug. Scot James Cooper, 59, was given just an hour to live before lapsing into a four-day coma when he returned from the Kalofer Hotel, in Bulgaria, last year. His […]

A BRITISH dad was left fighting for his life after contracting Legionnaires’ disease at the same hotel where two other guests died from the same bug.

Scot James Cooper, 59, was given just an hour to live before lapsing into a four-day coma when he returned from the Kalofer Hotel, in Bulgaria, last year.

His wife Janet, from Dunfermline, said she told the hotel but was horrified to learn that two holidaymakers had died from the same condition after staying at the same hotel this June.

The 59-year-old spent three weeks in hospital in Kirkcaldy after returning to Scotland with a dry cough.

Janet explained that her husband’s breathing became laboured and he was diagnosed with a chest infection and given antibiotics.

Things soon took a turn a turn for the worse, and the Scottish stonemason was rushed to hospital where he lapsed into a coma.

It was here he was diagnosed with sepsis and pneumonia Legionella.

Since making a full recovery, James spoke with the Scottish Daily Record, saying the experience was “terrifying”.

He added: “One minute you’re on holiday having a great time. The next, you’re fighting for your life in hospital.”

One minute you’re on holiday having a great time. The next, you’re fighting for your life in hospital.

His wife said she contacted the hotel manager to let her know.

She explained: “I advised her to check the air conditioning and shower systems to hopefully avoid this happening to anyone else.

“She responded promptly via Facebook Messenger, shocked at my news, but also listing their alleged water cleansing routine and timetable.

“She contacted me a couple of times after that, asking how James was. I was so shocked that these deaths have happened this year.”

John Cowan 43, from Hamilton, and Brian Taylor, 75, from Huddersfield, passed away within days of each other.

They, too, stayed at the same hotel almost a year earlier.

Mr Taylor died on July 17 and fellow Brit Mr Cowan died on June 19 after being struck down with the disease at the same hotel.

The pensioner visited his GP and was prescribed antibiotics but four days later he collapsed and was rushed to hospital.

Mr Cowan first became ill while on holiday and spent 25 days in the intensive care unit at the Calderdale Royal Hospital.

He died one week after returning home.

Bacteria can also get into an environment where it can grow and multiply quickly, such as an air conditioning system.

The initial symptoms are very similar to that of the flu.

Janet believes her husband became unwell on the second-last night of their holiday, when he slept for a couple of hours with the air conditioning on.

Their teenage daughter Chloe was in another room while Janet stayed on the balcony.

This was the only time the family say that the aircon was used.

The Kalofer hotel said they spent £23,000 on a new air conditioning system to prevent Legionnaires’ and said all tests had come back negative.

Hotel spokeswoman Stanislava Petrova told the Daily Record they had “not been informed by the local health authorities about any case from last year”.

She said: “From the beginning of the summer season, more than 50 samples from the guest rooms, the kitchen, the pools, the water heaters and the other parts and systems in the hotel have been tested and in all, no Legionella is found.”

What is Legionnaires’ disease? 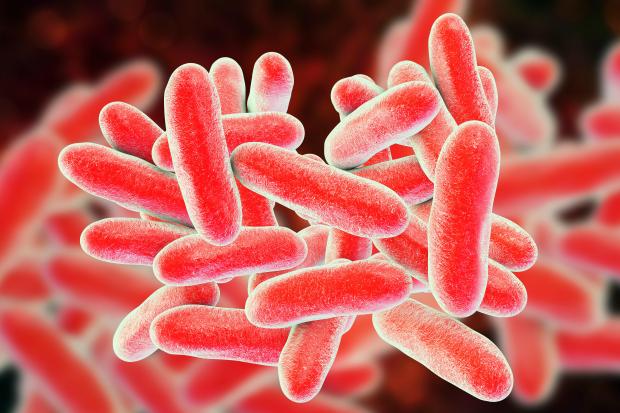 Legionnaires’ disease is a serious lung infection which is caused by Legionella bacteria.

It is usually transmitted by inhaling small droplets of infected water but it can’t be passed on from person to person.

There can be small, harmless amounts of the bacteria in water sources like ponds and rivers.

But if it gets into an environment where it can grow, such as an air conditioning system, it will multiply quickly.

The initial symptoms are very similar to that of the flu.

People are likely to suffer from:

But when the bacteria spreads to the individual’s lungs the symptoms are more similar to that of pneumonia:

It usually takes between six and seven days for the full-blown infection to kick in after infection.

Nigerian celebrity mom and actress, Tonto Dikeh decided to go all out for her only