AUSTRALIA is braced for fresh hell as a 100f heatwave gives rise to new wave of wildfires. The country has been ravaged by devastating blazes, with tens of thousands of square miles of bushland destroyed and at least 27 left dead. And there could be worse to come with temperatures in Victoria expected to hit […]

AUSTRALIA is braced for fresh hell as a 100f heatwave gives rise to new wave of wildfires.

The country has been ravaged by devastating blazes, with tens of thousands of square miles of bushland destroyed and at least 27 left dead.

And there could be worse to come with temperatures in Victoria expected to hit 40C (104F) and the state of disaster extended into the weekend.

There had been a brief respite for fire-ravaged communities with a brief window of cooler weather and rain this week.

Firefighters in New South Wales and Victoria worked into the night to keep the fires from reaching communities as fierce winds whipped up the inferno.

In Victoria, evacuation orders were issued in alpine areas, and Premier Daniel Andrews pleaded with residents to heed alerts and avoid complacency even though no fresh destruction was being reported.

He said: “We’re just at the beginning of what will be a really, really challenging summer.”

PM Scott Morrison said Friday that the military was on standby to help firefighters and emergency agencies.

The military has already been involved in the unfolding crisis by clearing roads closed by fallen trees, burying dead cattle and sheep and providing fodder to surviving livestock.

Fire crews throughout the region are bracing for a long, rocky night.

In neighbouring New South Wales, the coastal towns south of Sydney including Eden, Batemans Bay and Nowra could again be under threat weeks after losing homes to the fires, the fire service warned.

New South Wales Premier Gladys Berejiklian said the extent of any damage from the fires wouldn’t be known until Saturday morning.

He said: “We know it’s going to be a long and difficult night.”

In the southeastern New South Wales town of Candelo, Nathan Barnden, a divisional commander with the Rural Fire Service, was preparing to head to the nearby township of Burragate with his team to protect the community from a fire that was marching north. 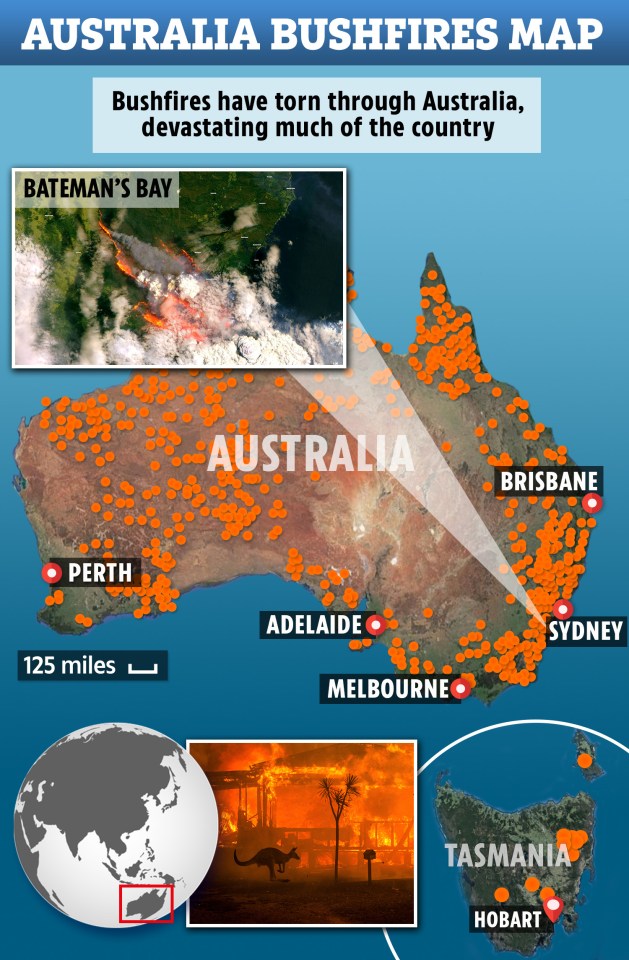 The fire had breached containment lines in one area, and officials were worried that predicted winds of 40-60mph could push it into populated areas.

Barnden said: “We’ll be there to help defend them through the night.

“We’ve been warned that we could be up there until the morning.

“There is a risk that we’ll be cut off and we’ll have to stay there throughout the time.”

The unprecedented fire crisis in southeast Australia has destroyed more than 2,000 homes and scorched an area twice the size of the US state of Maryland since September.

Shocking new figures released this week show how police have arrested 183 people on suspicion of deliberately starting bushfires across the country.

This includes a firefighter who has been charged with starting 17 fires while working with the Darwin River unit in the country’s Northern Territory.

Lean On me Crooner, Bill Withers, Is Dead

Bill Withers, who penned so many 1970s classics to include “ Lean on Me, ”

Legendary Nollywood actor, Hanks Anuku has transferred his aggression on the federal government of Nigeria