The video of an African couple who look sad and uninterested during their wedding ceremony has emerged on social media.

In the video, the African couple found it hard to flow and get along with the bride especially preferring to maintain a safe distance from the groom.

Consequently, the video has sparked reactions from social media users with many citing that if they could start with drama during their solemnization then what should be expected during the marital journey.

Watch the video below: 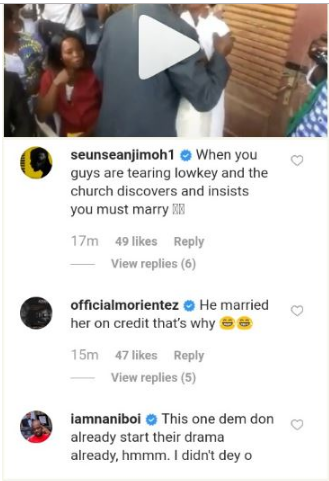 Coronavirus: I Can No Longer Breathe Well – Mimi Orjiekwe