Controversial Nollywood actress, Pat Ugwu has joined her colleague, Etinosa Idemudia in taking a photo of her bare bum in the toilet.

Information Nigeria recalls Etinosa had broken the internet with her own photo which she called “Expensive Shit” on Saturday.

This whole shenanigan is part of a challenge dubbed #NeverToBeCaughtUnfresh which was inspired by singer, Skiibii. and this involves women taking photos of themselves sitting on the toilet seat just to flaunt their backside.

Following the same manner, Ugwu shared a photo of herself trying to seat on the water closet while holding on to some traveling bags.

Read Also: See What Davido Said That Made Him Trend On Twitter

See the photo below: 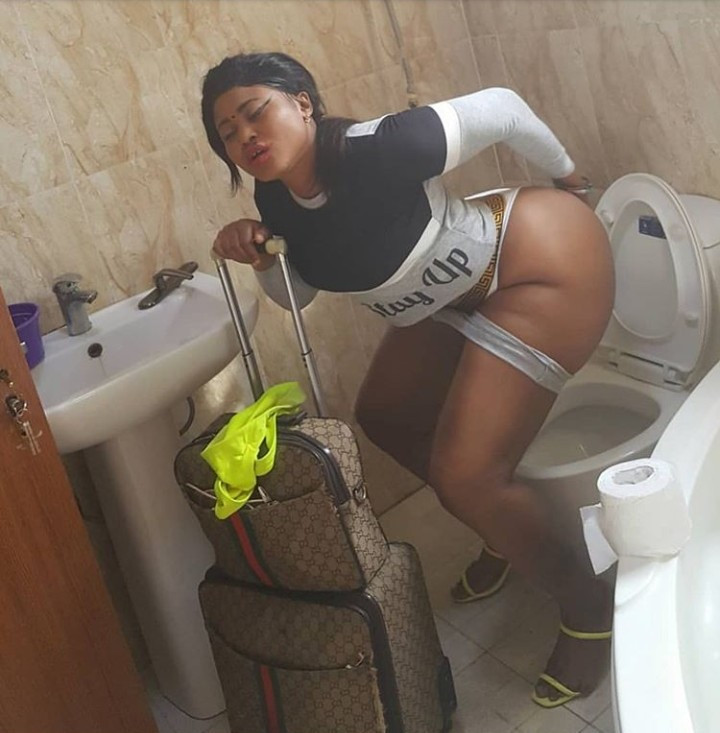 Most Of Tacha’s Fans May Never Become Graduates – Kemi Olunloyo