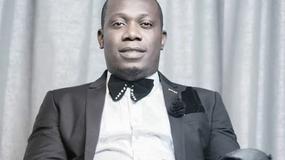 An upcoming singer, M2 has come to explain his connection in the drama between Duncan Mighty and Rochas Okorocha.

An upcoming singer, M2 has come to explain his connection in the drama between Duncan Mighty and Rochas Okorocha.

The drama between Duncan Mighty and the associates of former governor of Imo state, Rochas Okorocha appears to be taking a new twist.

In an exclusive interview with Linda Ikeji, the said singer trapped in the drama, Amaechi Perfect Gideon also known as M2 revealed what transpired between Rochas Okorocha and Duncan Mighty.

“The governor promised to help me and even went as far as sponsoring my education and he tried helping me get a record deal. He spoke to Phyno, but he said he wasn’t signing any artist at that time, we reached out to Eric Many as well, but we couldn’t reach a deal and finally, we reached out to Duncan Mighty and he agreed to the deal. Duncan Mighty agreed to take 11million naira from the governor as the fee needed for him to push my brand, record songs and all. So we signed the deal in Imo State on December 18th 2018,” he said.

He went on to explain the business deal they had with Duncan Mighty and how he allegedly defrauded them.

“Since then, Duncan Mighty disappeared and refused to take my calls or speak with anyone of the governor’s aides. We kept trying to reach him but all to no avail. So about 3months back, he sneaked into Imo State for a show, he didn’t post about it on social media but we got wind of it so we went to his hotel and got him arrested with the police. He knelt down and started begging us and he was allowed to go.

“After that, he told me to follow him to Port Harcourt and when we got to his studio, he flipped again and even pointed a gun at me at his studio that’s behind Uniport. I narrowly escaped that night. He was later arrested and detained for 3-days at the Imo State CID before he was bailed on self-recognition. Since then, he disappeared again and refused to take our calls until he came on social media to seek sympathy,” he concluded.

It would be recalled that a few days ago, Duncan Mighty raised an alarm over the death threats he was getting following a business deal he had with associates of the former governor of Imo state, Rochas Okorocha.

The music star made this known via his Instagram page on Friday, October 25, 2019. According to him, he has been receiving death threats from different people since the former governor gave him money to record a song with one of his associates.

“Your Excellency Because you directly paid in public. While the job was going smoothly immediately after you paid. They said you sent them to bring back money to you,” he captioned the post.