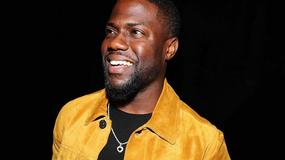 Kevin Hart has been released from the hospital, 10 days after sustaining injuries from a car crash.

Kevin Hart has been released from the hospital, 10 days after sustaining injuries from a car crash.

Kevin Hart is finally out of the hospital after spending close to two weeks over injuries sustained during a freak car accident.

According to TMZ, the comedian and actor have been moved to a physical therapy facility where he would be undergoing further treatment.

The report also says Kevin is “glad” to get out of the L.A. hospital he’s called home for 10 days. He has a positive attitude, saying, “I’m grateful to be alive.” He’s at the rehab joint right now, and the goal we’re told is to get him home “as soon as possible,” where he can start outpatient care.

There are indications that Kevin Hart will be spending at most a week at the physical therapy facility. Recall that less than 24 hours ago, it was revealed that the comedian would be leaving the hospital for the unidentified facility.

Kevin Hart got involved in a car crash about 10 days. He was not the only one in the car as he was accompanied by a close friend and two other people.

According to PageSix, the car accident occurred on Sunday, September 1, 2019, at Mulholland Highway in Malibu Hills. The car, an electric blue 1970 Plymouth Barracuda which Hart got for himself as a recent birthday gift crashed through a wooden fence and plunged down a gully.

Kevin Hart’s friend, Jared Black was behind the wheel when the accident occurred. Also in the car at the time of the accident was Rebecca Broxterman, 31, Hart and his wife’s personal trainer.

Radar Online reports that Black was turning when he “immediately lost control of the vehicle, and the Plymouth left the road and rolled over down the northern embankment.”

It also reports that minutes after the accident, two of the occupants were trapped in the car while the driver and Kevin Hart were able to get out of the car to seek medical help from a nearby resident.