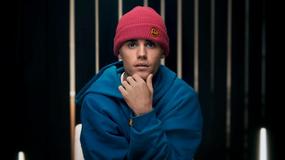 Justin Bieber reveals to millions of fans about his present health condition.

Justin Bieber reveals to millions of fans about his present health condition.

Justin Bieber has come out to announce that he is battling Lyme disease.

The made this known via his Instagram page on Wednesday, January 8, 2020, while dispelling the rumours that the reason behind his frail look is because of the use of hard drugs.

“While a lot of people kept saying Justin Bieber looks like shit, on meth, etc. they failed to realize I’ve been recently diagnosed with Lyme disease, not only that but had a serious case of chronic mono which affected my, skin, brain function, energy, and overall health.

“These things will be explained further in a docu series I’m putting on YouTube shortly.. you can learn all that I’ve been battling and OVERCOMING!! It’s been a rough couple years but getting the right treatment that will help treat this so far incurable disease and I will be back and better than ever NO CAP,” he wrote.

We wish the singer all the best as he goes through this phase. Lyme disease, also known as Lyme borreliosis, is an infectious disease caused by the Borrelia bacterium which is spread by ticks. The most common sign of infection is an expanding area of redness on the skin, known as erythema migrans, that appears at the site of the tick bite about a week after it occurred.

On a lighter note, Justin Bieber was in the news back in 2019 for all the good reasons. The music star tied the knot to his girlfriend, Hailey Baldwin.

The two tied the knot in a beautiful ceremony in South Carolina on Monday, September 30, 2019. According to PEOPLE, the couple said their vows in front of 154 guests at the Montage Palmetto Bluff in Bluffton, South Carolina.

Following the vows, guests were escorted to the post-ceremony cocktail hour ahead of the formal reception with plated dinner at the Wilson Ballroom. PEOPLE confirmed Grammy winner Daniel Caesar is expected to perform later in the evening.

The roll call of the celebrities who turned up for the wedding included Kylie Jenner and Travis Scott, Kendall Jenner, Ed Sheeran, Jaden Smith, Usher, the Baldwin brothers, and several models.

Show Love To People When They Are Alive, Says Actress Halima Abubakar