BBNaija’s TBoss confirms birth of child, thanks everyone who stood by her 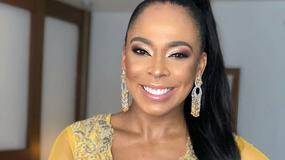 Finally, TBoss has confirmed the birth of her child on Instagram.

Finally, TBoss has confirmed the birth of her child on Instagram.

TBoss has finally confirmed the birth of her child and she also wants to thank all those who stood by her all through her pregnancy.

The former reality TV star took to her Instagram page a few weeks ago to announce the good news. According to her, she was excited about the reception she has been receiving fans and friends since the arrival of her baby.

“I wanna use this opportunity to express my immense appreciation to Each & Everyone who took out time to send me Congratulatory messages, prayers & well-wishes on the birth of my child. May God Bless you all & answer your prayers as well,” she wrote.

She went on to debunk the photo of a baby that was been shared around on social media as her child.

“However, I regret to inform you that- That isn’t my child. I’m still appalled at the person who took out the time & went through all the trouble to come up with such a juicy story, and the photo they used has a really striking resemblance to me- nose & mouth if I may say so myself. Such a cute baby Bless her Lil heart ♥️ I do think you’re in serious need of a job & I wish I could give you one but you’ve shown some seriously psychotic tendencies so maybe it’d be best you stayed really far away from people- search yourself, you just might need Help.

“Soooo, many people thought I’d be mad & flip out, maybe throw out a few shots but this incident has been a real Eye Opener to me & YOU & if you like to admit it or not- I’m still gonna put it in your faces,” she wrote.

Recall TBoss’ pregnancy has been a talking point for months now as she neither confirmed or denied being pregnant. Fans only got to find out about the pregnancy after photos from her visit to an Abuja based hospital got to social media.

A Facebook user had taken to her page to share photos of the reality TV star showing up at a popular diagnostic clinic in Abuja for an unknown reason. From the photos shared on Facebook, we would love for you guys to give your final verdict.

“Guess who I met at MEDICAID RADIO_DIAGNOSTIC CENTER @WUSE2 Today??? HEAVILY Pregnant Ex BBN CELEBRITY. HANTY is time u stop insulting ur followers n denying being pregnant. Wonder what’s bad in celebrity being pregnant, dat u hv to deny it n insult people. Forgetting dat as long as u remain in NAIJA we go see u somwia na. 😂😂😂 By d way, she looks way prettier in reality than on screen. Wishing her safe delivery,” she wrote.

TBoss has been able to keep her personal life away from the spotlight since hitting stardom. However, a few weeks ago, she came out to debunk the rumours that she had a romantic relationship with music mogul, Ubi Franklin. According to her, they have never had an intimate affair as been speculated.