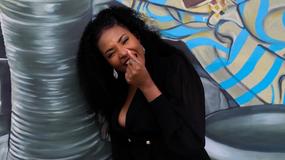 Some of the contestants from the recently concluded season of Big Brother Naija have started receiving gifts from well-meaning Nigerians.

Cindy, Frodd, and Omashola all got cash gifts from music star MC Galaxy on Tuesday, October 8, 2019. The music star took to his Instagram page where he revealed how he had invited some of the reality TV stars and only a few turned up.

“@cindyokafor_ is a child of grace, I waited since 4 pm for the selected ex BBnaija housemates to win cash prize from me but none showed up, luckily for Cindy she was at the right place at the right time and won a cash prize of 1million from me. Congratulations Cindy bless up #okokobioko,” he wrote.

It didn’t end there as he went on to reveal the amount he gave out to Frodd and Omashola who also turned up for the surprise gifts.

Mercy became the first female ever to win the BBNaija reality TV show since it began over a decade ago. Mercy, who was the last female housemate standing after spending a total of 99 days – 14 weeks – in the house, won herself the grand prize of N60 million.

On Sunday, October 6, 2019, Ebuka Obi-Uchendu announced the eviction of Seyi, Omashola, and Frodd from the Big Brother House. The last five housemates were Mercy, Frodd, Mike, Omashola, and Seyi.

Seyi was evicted as the 21st housemate leaving the house while Omashola emerged the 22nd housemate to be evicted from the house.