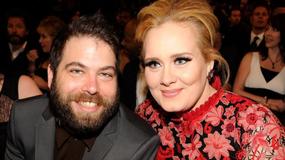 Adele has thrown in the towel of her marriage after filing a divorce from husband, Simon Konecki.

Adele has thrown in the towel of her marriage after filing a divorce from husband, Simon Konecki.

Adele has filed for divorce from husband, Simon Konecki after seven years of being together.

TMZ reports that Adele filed for divorce on Thursday, September 12, 2019. It also reports that the divorce was bound to happen following their separation earlier in the year.

Adele and Simon’s relationship and later marriage have always been kept away from the prying eyes of the public. The couple after their separation earlier in the year, announced that they were “committed to raising their son together lovingly.”

The couple started dating back in 2011 even though a lot wasn’t known about their relationship. She went on to give birth to their son, Angelo, in 2012. Thereafter, the couple tied the knot in a secret ceremony.

Adele and Simon Konecki join the list of celebrities who have thrown in the towel with their marriages and exclusive relationships. From Bradley Cooper and Irina Shayk to The Weeknd and Bella Hadid the list keeps taking no prisoners.

The Weeknd and Bella Hadid split for the umpteenth time

TMZ reports that the couple has ended their relationship which has now become a routine for the celebrities. The Weeknd who recently announced that he is working on his album is said to have been absent-minded in the relationship.

Since hooking up back in 2015, after meeting at Coachella, the couple has been in an on and off relationship. However, they gave everyone the impression that they were taking the relationship seriously when The Weeknd asked her to move in with him back in October 2018.

Distance has also been given as one of the reasons for the relationship’s rocky status for a while now. Well, we know how these guys can be, we might just see them getting back together anytime soon.